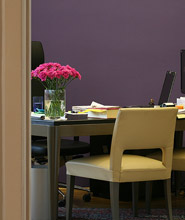 Attorney Dr. Albert Heiss opened his law practice in Innsbruck in 1979. In 2007 he moved his law office to Burggraben 4 and with his daughter Mag.aVanessa Heiss, Attorney at Law, set up a general partnership under the name Heiss & Heiss Rechtsanwälte OG, in which both are managing partners.